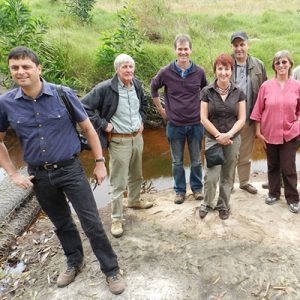 The visit allowed Gorissen to see the climate change adaptation projects undertaken by the SMA
over the past two years.

The €2-million grant from the BMU was crucial in allowing the SMA venture launch its first formal biodiversity conservation projects.
Read more