Why do zebra have stripes? 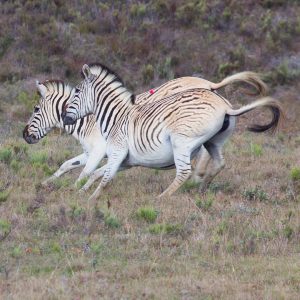 A new study is answering this question: how and why do zebra have stripes? And the Nuwejaars Wetlands Special Management Area is helping to answer this.

Brenda Larison is an Adjunct Professor at the University of California, Los Angeles, in the Department of Ecology and Evolutionary Biology.

In a study funded by the National Geographic Society, she trying to find out what the advantages of striping are, and what genes control the development of stripes.

According to Brenda, “The striping patterns of plains zebra vary widely across Africa, going from very strongly striped with bold black and white stripes over the entire body straight down to the hooves, to less strongly striped animals that might have few or no stripes on the legs. The extinct quagga, having been the least striped of all.”

She’s looking across the entire genomes of zebras, to find places in the genome that differ between zebra with bold stripes, and zebra with weak stripes.

She’s been collecting biopsy and blood samples from Quagga in the Quagga Project, found on the Nuwejaars area. As well as from wild zebra all over Africa. 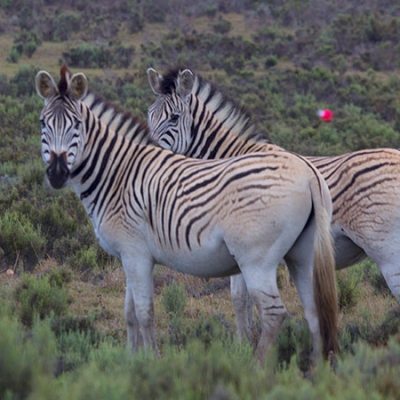 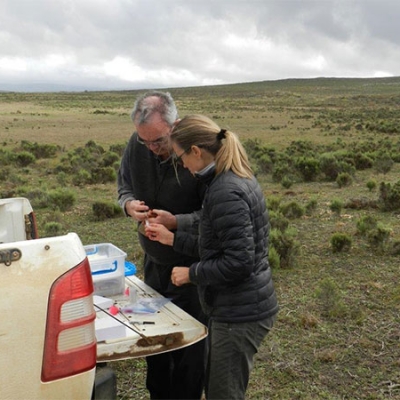 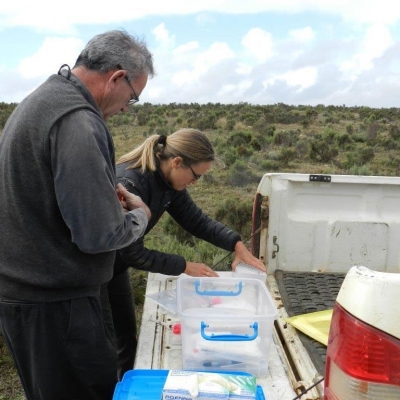 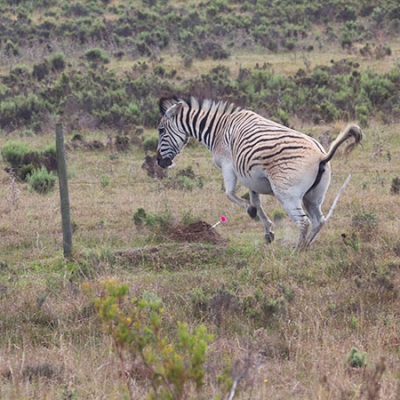 Bringing an animal back from extinction

The Quagga Project is looking to produce zebra with less striping – much like the extinct quagga. The project is selecting specific individuals to breed together, to bring back an animal from extinction (today called the Rau Quagga).

She says, “I can expect to find strong genetic differences between recent Quagga Project animals and zebras from the wild populations from which the project founders came. Because of the strong selection that has been imposed I can also expect to find signals of that selection in the genomes of the Quagga Project animals which will point to the area(s) of the genome that have been under selection.”