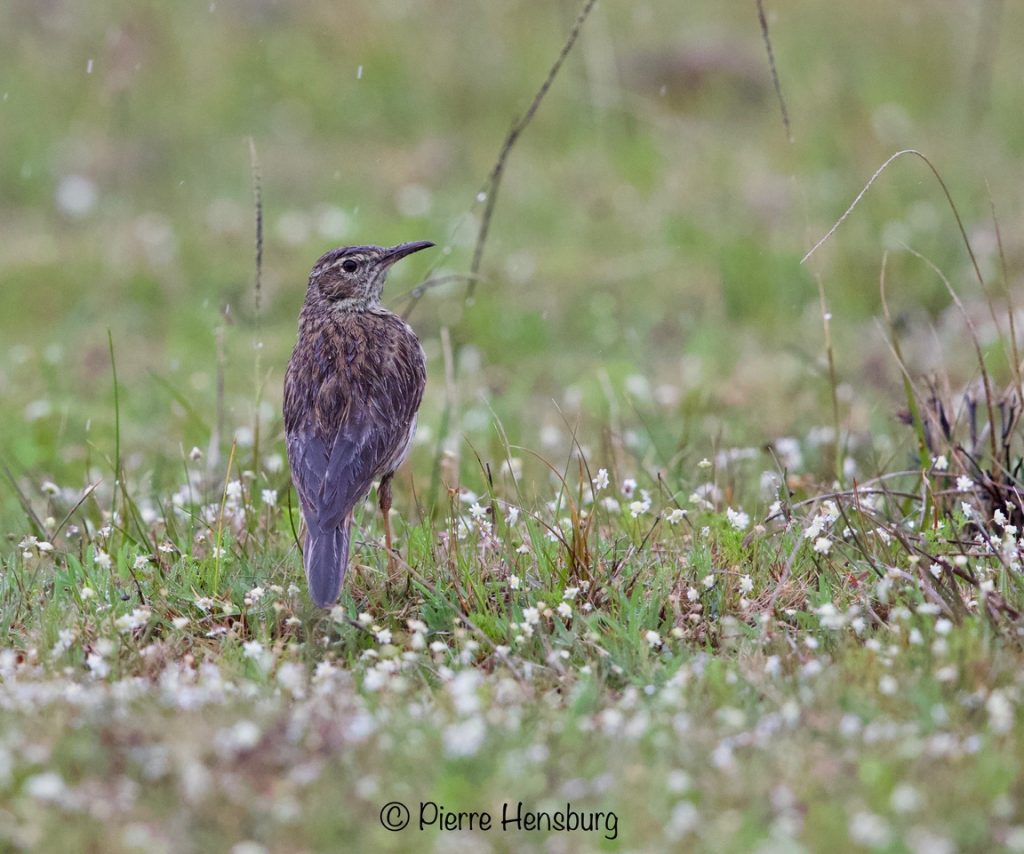 For the FIRST TIME, a detailed study has sought to capture the number of Agulhas Long-billed Larks (Certhilauda brevirostris) that remain in the world today.

The Agulhas Plain is a stronghold for this Little Brown Job, which is listed as regionally Near Threatened by Birdlife South Africa. The study was undertaken on both the Nuwejaars Wetlands Special Management Area, as well as on and around the Haarwegskloof Renosterveld Reserve (managed by the Overberg Renosterveld Conservation Trust).

And the results were not only surprising; they were also very positive.

According to researcher, Celeste de Kock of Oxford University and Dr Alan Lee of the FitzPatrick Institute of African Ornithology, a total population of between 203,000 and 368,000 birds is estimated. That’s well above some previous estimates, which suggested between 1,600 and 60,000 individuals.

What’s more, there is also no evidence of a population decline – given the lack of negative impact of agriculture. (That’s not the case for many other bird species, where the loss of natural habitat, transformed for agricultural purposes, does impact on their success.)

De Kock says the Agulhas Long-billed Lark prefers short vegetation – usually shorter than 30cm, irrespective of vegetation cover. “Contrary to what was expected, no significant preferences for habitats were found.”

Birding experts were concerned about their numbers because of their restricted range in the Agulhas Plain. Although they’re most frequently seen in the Plain, they also occur up to Botriver in the west, to Mossel Bay in the east and Worcester in the north.

What we’re doing in the Nuwejaars Wetlands SMA?

The Agulhas Long-billed Lark remains a species we’re actively monitoring. In fact, they’re one of 26 of the most threatened bird species in the Heuningnes-Agulhas Plain Important Bird and Biodiversity Area that we regularly collect data on, to monitor population changes over time.