Freddy and his Rau Quagga family: A Q&A on this innovative project 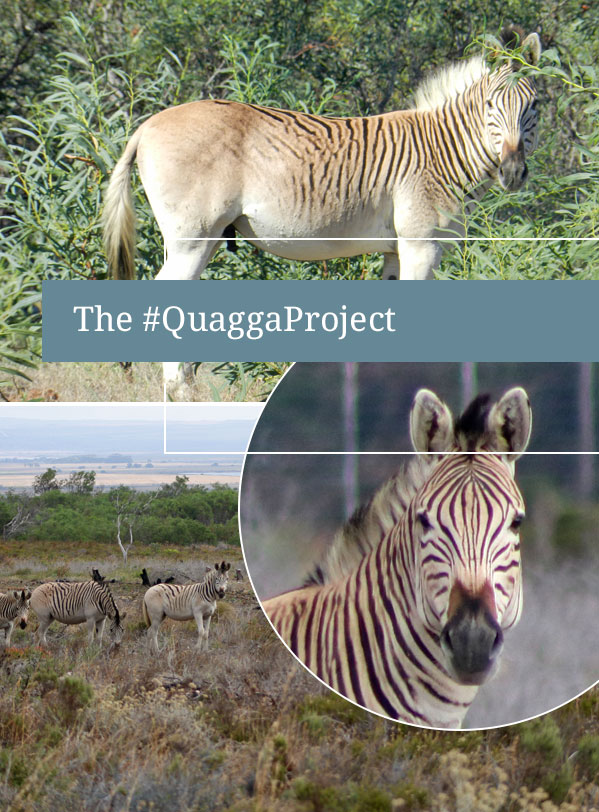 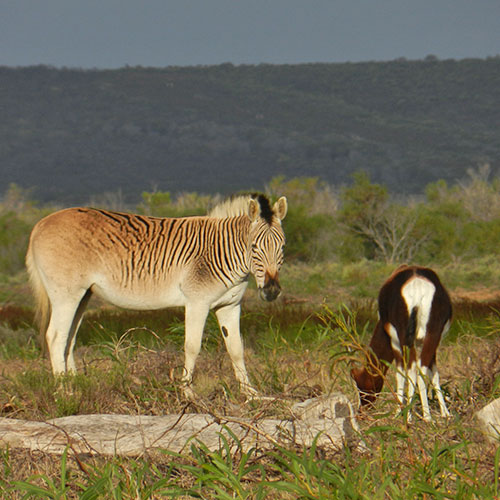 Freddy was one of two Rau Quaggas released on the Nuwejaars Wetlands Special Management Area in 2011.

Freddy is part of the Quagga Project – and he has subsequently become one of the top Rau Quaggas in the project. Over the years, Freddy has shown his personality. He nearly died when he picked up an infection following an injury. But the NWSMA team doctored him back to health.

Since then, he has become a father many times over – with his progeny increasingly resembling the original Quagga.

But we’re often asked: What is the Quagga Project? And is it really possible to bring back an extinct species?

Here’s everything you need to know about Freddy and his Rau Quagga family, as explained by the Quagga Project (www.quaggaproject.org).

When did the last Quagga die?

The last Quagga didn’t actually die in South Africa. She died in an Amsterdam Zoo on 12 August 1883. What’s more, at that time, people didn’t realise that she was the last of her kind. The Quagga Project team capture the lonely fate of the Quagga appropriately. “The true Quagga vanished unnoticed.”

How did the Quagga go extinct?

Around 2000 years ago, pastoralists arrived at the Cape with domestic animals. Because Quaggas, like Blue Antelope and Bontebok are grazers, there had since then been competition for scarce palatable grasses by wild and domestic stock. In the 1600s, when settlers started farming, competition increased dramatically. What’s more, poor naming also led to the Quagga’s demise. At the time, any zebra was referred to as a ‘Quagga’ – which sowed confusion, as reports at the time would have suggested that Quagga were widespread – even though these reports would have referred to zebra.

Can you bring back an extinct species?

Despite the many movies that suggest the opposite, one cannot bring back an extinct species. However, with the advent of DNA testing in the 1980s, experts such as Reinhold Rau conducted tests on remaining Quagga skins. The tests concluded that the Quagga was NOT a species on its own, but simply a subspecies of the Plains Zebra (or Burchell’s Zebra). In other words, these animals share basic genetic characteristics AND could produce fertile offspring. Subspecies can differ in appearance – likely caused by geographic barriers.

What is a Rau Quagga?

Enter the Quagga Project. This project seeks to selectively breed Plains Zebra with physical characteristics similar to the original Quagga – with their progeny increasingly resembling the Quagga. The project was conceptualised by Reinhold Rau, a taxidermist. Despite much original criticism, Rau over time convinced partners of the project’s goal. And so, in 1987, the first Plains Zebras were chosen from the Etosha National Park. They were to become the founding stallions and mares of the project.

Why call it ‘Rau’ Quagga?

In an attempt to distinguish between the original Quagga that became extinct, and those that form part of today’s Quagga Project, the project committee decided to name them ‘Rau Quagga’, in honour of the project’s founder. 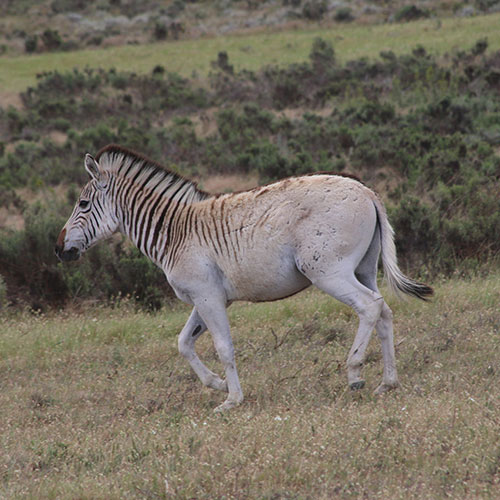 What are the physical attributes the Quagga Project is after?

What’s happened with Quagga on the NWSMA?

Something very interesting happened with the Rau Quagga released on the Nuwejaars Wetlands Special Management Area. As one would expect, the progeny are becoming increasingly Quagga-like (as the stripes disappear from the hind parts of the body and the legs of the youngsters). But more notably, many individuals actually gained a distinct brown colour.

Freddy the Rau Quagga was released in 2011. This photo was taken on the day of Freddy’s release in the NWSMA. 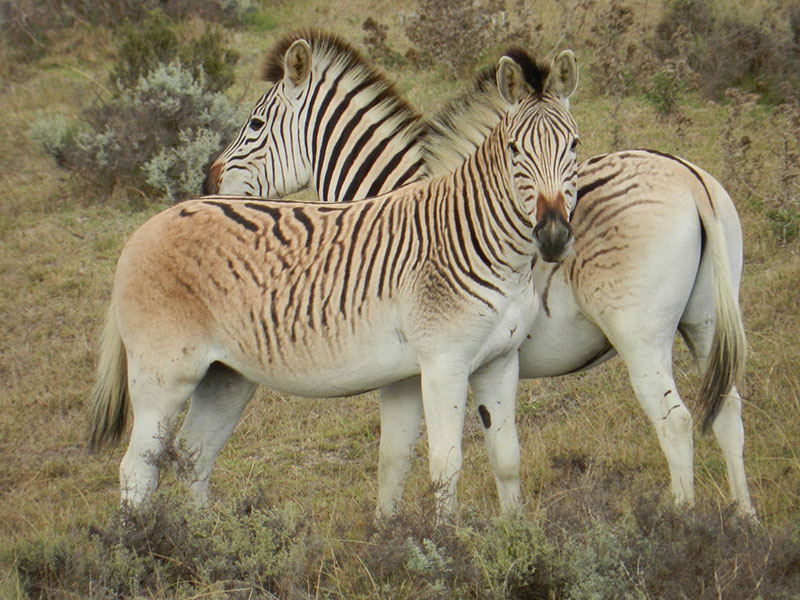 But just look at Freddy today – often misidentified as an eland if seen from a distance in the fynbos. There are no studies to explain why Freddy (and others) have become browner over the years. But it’s hoped that these questions can be answered by researchers in time. 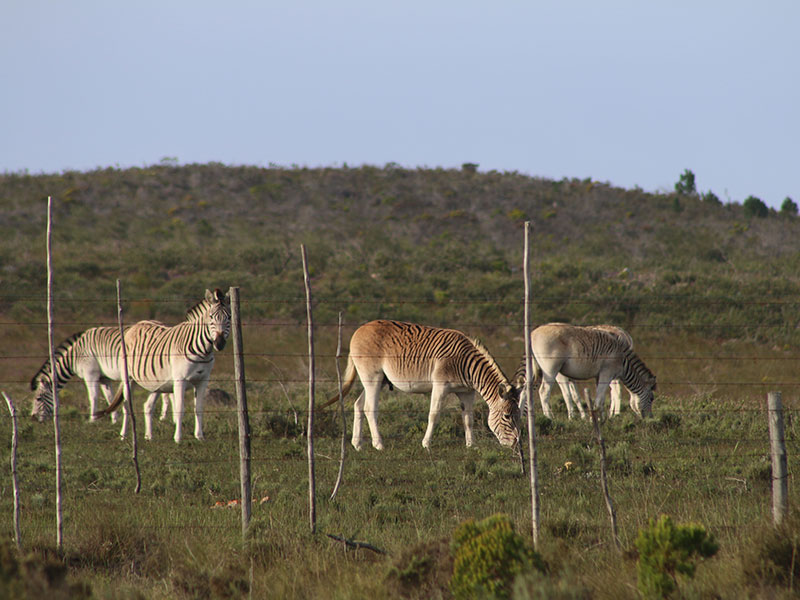 Take a look at some of Freddy’s progeny: 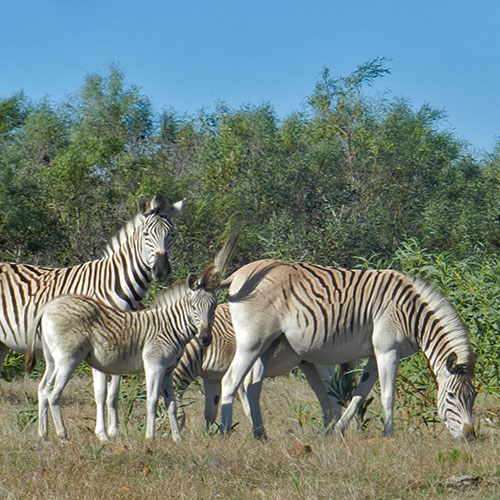 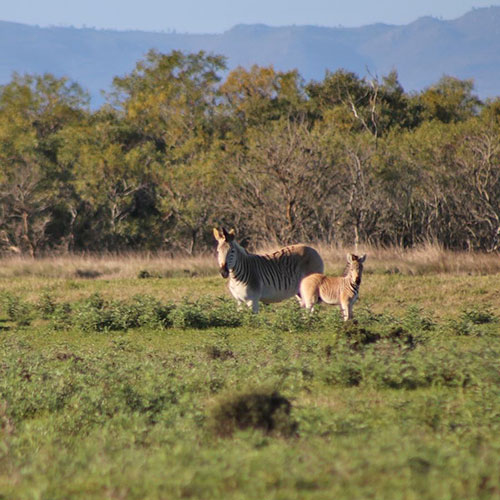 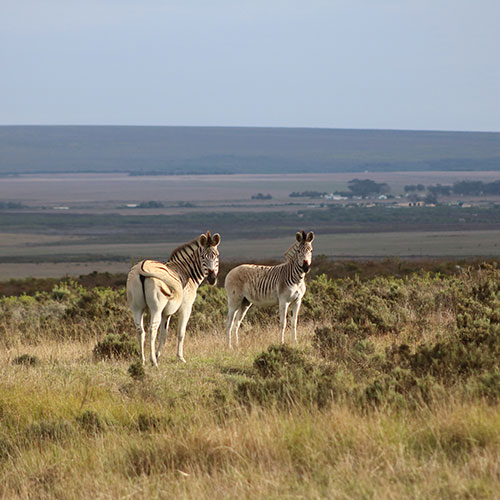 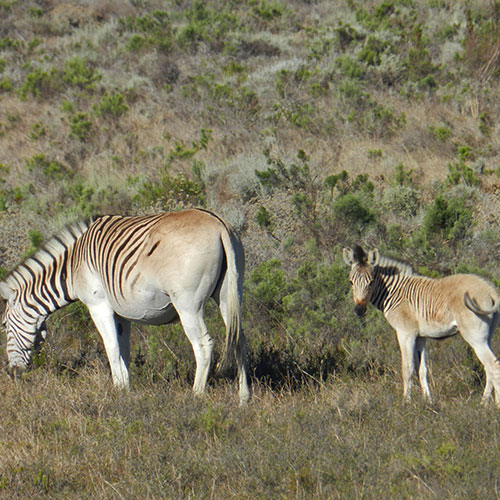 Our thanks to the Quagga Project for providing the background information for this blogpost: www.quaggaproject.org.